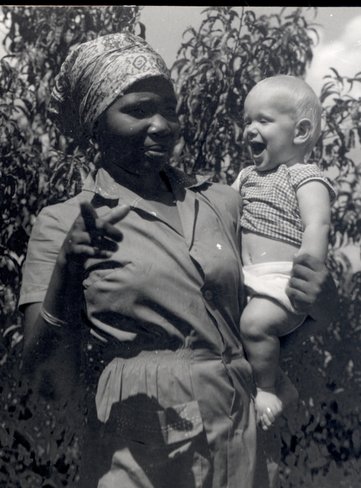 Born in Ghana 1960. Moved to South Africa in 1963. In 1970 my parents decided to return to Holland on account of the “apartheid”. We went overland with a reconstructed moving van as mobile home,. In Kenya we took the boat to Pakistan and 8 months later we reached Holland. This journey had great impact on me as a child. We visited a lot of places of interest during the journey and came in contact with other cultures.

In Holland my father found a job in the east of Holland, wich they call the “back corner”
He bought an old Villa in a very small town, called Hummelo, surrounded by woods. A lovely place to spend your youth.

In 1976 my brothers gave me a Sata airbrush for my 16th  birthday and for the next 15 years I became quite handy with that tool.

In 1988 I decided to enter the school of arts in Arnhem and graduated in 1993. Meanwhile I worked as a volunteer in forest management, during my study wich was in the evening. During my third year at Art school I became interested in making films. I won several prizes with my video's and started a little company called "Golden Future video productions" During the next ten years I earned my money making video's for corporate enterprises. But as time changes, and internet made its way into our lives, I decided to become a teacher of Arts. By the time my son went to high school, I graduated and got a job at a nearby highschool. For the family it meant security because of regular income, and I am happy to teach young ones the pleasure of Art.

A few years ago I started painting trees with human features. After painting about 17 paintings on this theme I wanted to try and make one by sculpting it.

This is when I discovered that fibreglass was an ideal medium to create the things I had in mind. 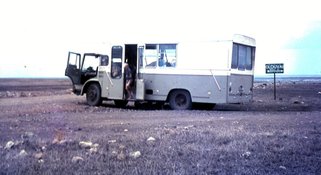 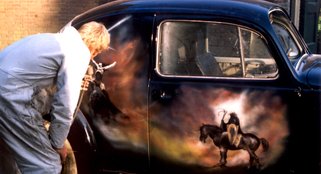 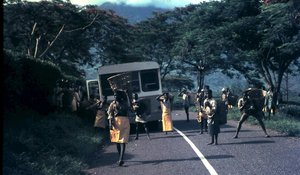 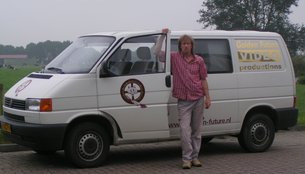 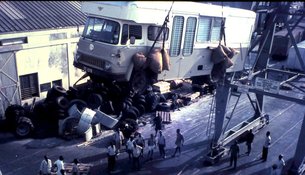 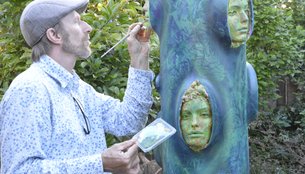